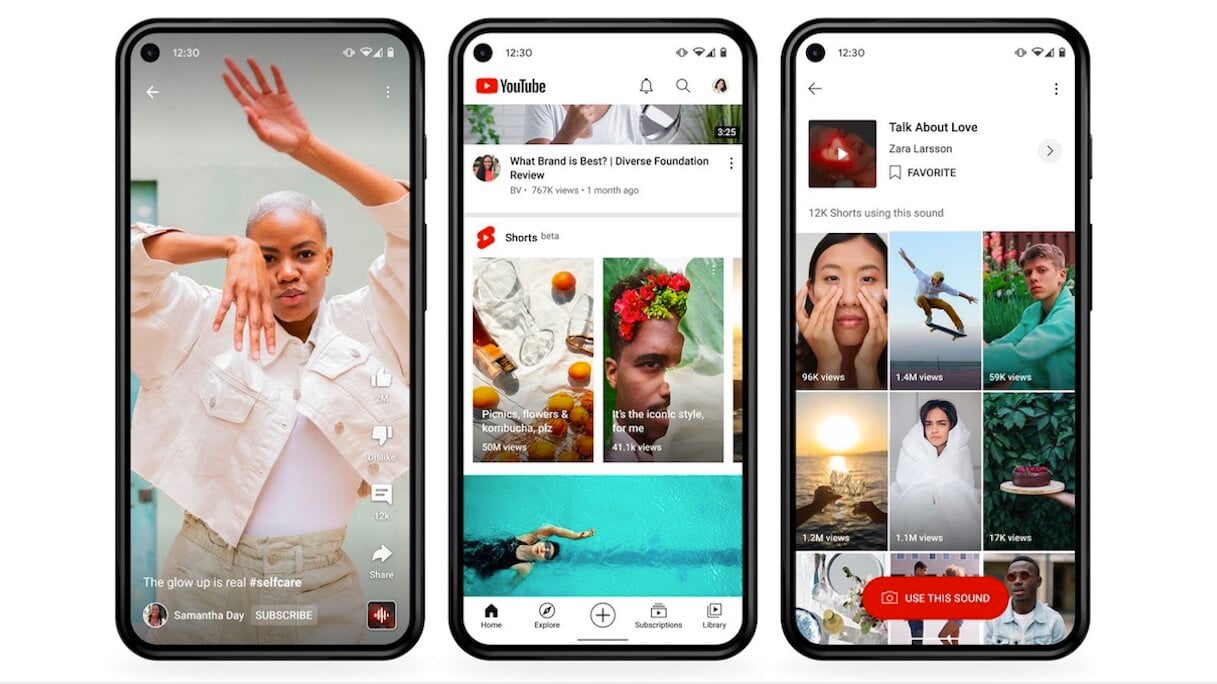 Following an initial beta launch in September in India and a roll out in the the US in March, the platform recently expanded into Latin America, Canada and the UK.

Now, YouTube is expanding the beta across more than 100 countries around the world, i.e. everywhere that YouTube is currently available.

In addition to the platform’s global expansion, YouTube Shorts is launching a new set of features to all existing and new markets such as the ability to add text to specific points in a video.

Users will also be able to automatically add captions to videos, add clips from a phone’s gallery to add to recordings made with the Shorts camera, and add basic filters to color correct Shorts.

In a release today, YouTube states that it plans to “introduce more features as we continue to build Shorts alongside creators and artists”.

The platform’s geographic expansion follows the news in May that DIY distribution company TuneCore and its Paris-based parent Believe have partnered with YouTube to provide music for Shorts.

Shorts launched its beta in the US in March with 250 label and publisher partners, including Universal Music Group’s labels and publishing companies, Sony Music Entertainment and Publishing, Warner Music Group and Warner Chappell Music and others.

YouTube has more than 2 billion logged-in users playing music on its service every month.

A fresh report published recently by respected analytics firm App Annie, revealed that as of May 2021, Shorts rival, ByteDance-owned TikTok, surpassed YouTube in both the US and the UK for average time spent per user, per month on Android.

Two weeks ago, in a competitive move, TikTok announced that it would start letting users create videos of up to three minutes in length – up from what was previously 60 seconds.

“As we continue to build Shorts alongside our creators and artists, we’ll be adding more features for users to try.”

“We want to make it easy and fun to create Shorts” said Todd Sherman, Global Product Manager for YouTube Shorts.

“As we continue to build Shorts alongside our creators and artists, we’ll be adding more features for users to try.”

“YouTube Shorts is the next big frontier of a fast-growing platform that is centered on connecting artists and fans, around the love of music.”

Lyor Cohen, YouTube Global Head of Music, said: “YouTube has helped artists from all generations showcase their catalogue of work for music fans around the world.

“YouTube Shorts is the next big frontier of a fast-growing platform that is centered on connecting artists and fans, around the love of music.

“I’m excited to watch the creativity of the YouTube community remix old favorites into new ones while discovering new music from artists they will undoubtedly end up loving.”Music Business Worldwide

The broader implications of Lordstown’s failures

Govt to only offer cash flow relief to telcos

AMD Stock Is Rallying Again. Here’s Why This Time.