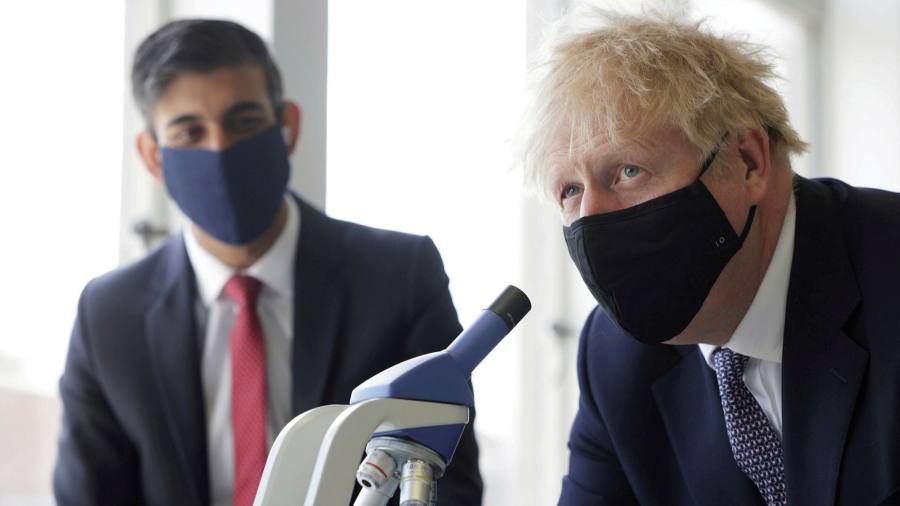 Three of Britain’s most senior cabinet ministers — including prime minister Boris Johnson — will be self-isolating on England’s so-called “Freedom Day” on Monday, highlighting the surge in Covid-19 cases just as the country throws off its last pandemic restrictions.

Johnson and chancellor Rishi Sunak were forced into a humiliating U-turn on Sunday after facing a backlash over plans to avoid quarantine by taking part in a pilot testing scheme.

The pair were contacted by the NHS Test and Trace programme after holding meetings inside Number 10 on Friday with health secretary Sajid Javid, who has announced he is isolating after testing positive for coronavirus.

Within three hours of announcing their plans on Sunday morning, Sunak and Johnson had completely reversed direction following a wave of public outrage and condemnation from opposition politicians and business leaders.

The move came as food retailers and producers warned of food shortages and price increases as acute staff shortages due to workers isolating begin to put pressure on the supply chain.

Iceland, the supermarket group, said it had been forced to close stores due to a “sharp” spike in staff absences. Restaurant operators said they were limiting menus because of shortages. Marks and Spencer said it would also have to limit opening hours if staff shortages increased. 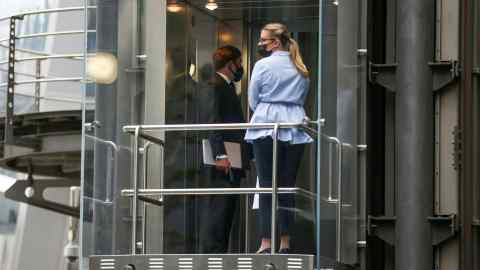 Some 530,126 people were forced to isolate last week after being contacted by authorities, creating big labour shortages in factories, pubs, restaurants and public transport.

Johnson later claimed in a video released on social media that he had only looked “briefly” at the idea of taking part in the pilot scheme, which has been running for several weeks.

Keir Starmer, the Labour leader, said the U-turn was the latest example of “chaos” at the heart of the government’s approach to the Covid-19 pandemic.

“Boris Johnson and Rishi Sunak have been busted yet again for thinking the rules that we are all following don’t apply to them,” he said.

“Parents, workers and businesses will be wondering what on earth is going on in Downing Street.”

Those taking part in the “workplace contact testing pilot” cannot socialise but they can leave their home to carry out essential activities — including work — if their daily tests are negative and if they develop no symptoms.

The scheme applies to workers in 20 public sector organisations including staff at Downing Street, Transport for London and the Border Force. The scheme is not likely to be rolled out to the general public before September at the earliest.

From Monday, frontline NHS and social care staff in England with two jabs who have been asked to self-isolate will be able to keep coming to work. However, they will have to receive a negative PCR test and then administer lateral flow tests daily for at least seven days.

Johnson, who will complete his self-isolation at Chequers, also called for “caution” and “prudence” ahead of Monday’s reopening although he insisted that it was the right thing to do as case numbers surged to about 50,000 a day. “If we don’t do it now we have to ask, when will we ever do it?” he said.

Sunak is scheduled to announce the parameters of the autumn spending review this week. The chancellor and prime minister are also trying to agree a new social care package — funded by higher taxes — before the start of parliament’s summer recess.

The changes will see the reopening of venues such as nightclubs and theatres and the end of limits on the number of people meeting indoors, as well as an end to legally enforced social distancing and mask-wearing.

Neil Ferguson, director of the MRC Centre for Global Infectious Disease Analysis at Imperial College London, said it was “almost certain” that the daily hospitalisation rate would reach 1,000 with 100,000 cases a day in the coming weeks. “The real question is do we get to double that or even higher . . . 2,000 hospitalisations and 200,000 cases?” he told the BBC’s Andrew Marr Show.

The government is set to exempt the double-jabbed from self-isolation, even if they are contacted by Test and Trace, from August 16 — but business groups have lobbied for that date to be brought forward.

He said the supply chain could face “chaos” with the haulage industry already short of 100,000 drivers due to other factors including Brexit. “The government needs to wake up to this. I cannot underplay how serious this situation is,” he said.

Clive Black, a food retail analyst at Shore Capital, said he expected food price inflation to increase from 0-1 per cent to 2-3 per cent this year.

Covid-19 cases in England are now the third-highest number in the world behind only Indonesia and Brazil.

Meanwhile the government will confirm on Monday that the Joint Committee on Vaccination and Immunisation has advised Covid-19 jabs for only a limited number of under-18s — where they have underlying health conditions or live with vulnerable adults.

Eurozone Inflation Drops below Zero as Prices Fall by 0.1%

Crackdown shows China’s ready to do ‘whatever it takes’ when it sees social problems,...

9 names cleared by Collegium for Supreme Court, India may get its first woman...