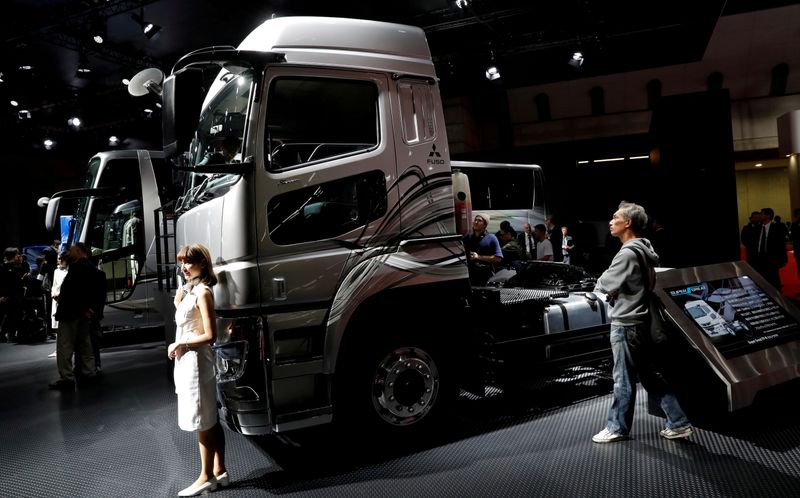 BERLIN (Reuters) -German carmaker Daimler (OTC:) is on track to spin off Daimler Truck, the world’s largest truck and bus maker, by the end of the year, its finance chief was quoted as saying on Sunday.

“We are right on schedule with the detailed preparations for this complex project and want to float Daimler Truck on the stock exchange as an independent company by the end of this year,” CFO Harald Wilhelm told the Automobilwoche weekly.

“We are convinced of the industrial logic and benefits of the planned realignment of Daimler and the spin-off of Daimler Truck.”

A Daimler spokesperson said on Sunday the company had no further comment on the report.

The plan – announced in February – is aimed at increasing Daimler’s investor appeal as a focused electric, luxury car business, as the Mercedes-Benz brand challenges Tesla (NASDAQ:) Inc, Porsche, BMW and others.

Under the planned spin-off, a significant majority stake in Daimler Truck would be distributed to Daimler shareholders.

Disclaimer: Fusion Media would like to remind you that the data contained in this website is not necessarily real-time nor accurate. All CFDs (stocks, indexes, futures) and Forex prices are not provided by exchanges but rather by market makers, and so prices may not be accurate and may differ from the actual market price, meaning prices are indicative and not appropriate for trading purposes. Therefore Fusion Media doesn`t bear any responsibility for any trading losses you might incur as a result of using this data.

Fusion Media or anyone involved with Fusion Media will not accept any liability for loss or damage as a result of reliance on the information including data, quotes, charts and buy/sell signals contained within this website. Please be fully informed regarding the risks and costs associated with trading the financial markets, it is one of the riskiest investment forms possible.

The war for your salad bowl: Is this Natalie Portman’s favorite kale?

Hartwig Masuch thinks the music industry is putting too much of its money in...