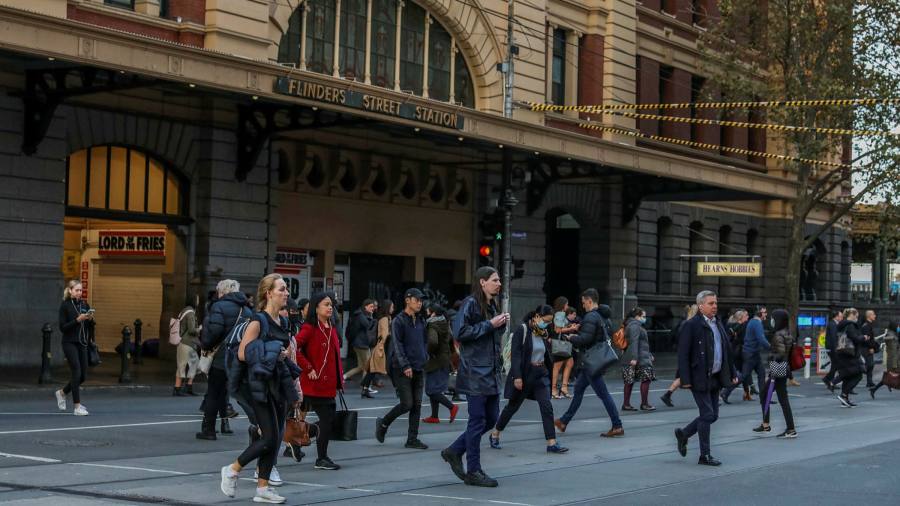 Authorities have reintroduced social distancing restrictions in Melbourne following the detection of a cluster of five Covid-19 cases in Australia’s second-largest city over the past 24 hours.

From 6pm on Tuesday everyone 12 years of age or older will have to wear masks when indoors and private gatherings at people’s homes will be limited to five visitors.

Public gatherings are limited to 30 people under the new restrictions, which follow an outbreak that broke a 86-day run without an infection outside of hotel quarantine.

On Tuesday morning authorities in the state of Victoria said a man in his 60s returned a positive Covid-19 test, which brings to five the number of cases identified in the northern suburbs of Melbourne.

South Australia has introduced border restrictions for people who attended any of the exposure sites listed by Victorian authorities.

The latest cluster of cases in Melbourne threatens to derail one of the world’s most successful efforts to suppress coronavirus, with just a few cases reported outside hotel quarantine in recent months.

“These cases are an important reminder that until the majority of Australians have been vaccinated, and as we move into winter, we cannot let any complacency creep in,” James Merlino, Victoria’s acting premier, said.

Last year, Melbourne imposed one of the world’s toughest lockdowns lasting 112 days to quash local transmission of the virus.

The outbreak comes as Australia’s vaccination campaign continues to lag behind the US and most EU countries, due to delays in obtaining vaccines and bureaucratic errors.

Recent surveys have also highlighted vaccine hesitancy among the public, which experts say is linked to reports of blood clot complications regarding AstraZeneca’s vaccine and complacency due to the nation’s success in suppressing Covid-19.

Paul Kelly, Australia’s chief medical officer, has written to doctors to reassure them of the safety and efficacy of the AstraZeneca vaccine, which the government has approved for people over the age of 50. People under 50 in Australia receive BioNTech/Pfizer jabs.

“It’s about protecting your own health, not sitting there waiting for an outbreak,” Kelly said. “The more we can get vaccinated now, the better situation we’ll be in.

Opinion: If there were a ‘Big Three’ of electric vehicle makers, who would join...